On Thursday night, I got the chance to attend “Never Home Alone: a Gala of Stories, Foods, and Insights from the Study of Life in Homes.” While there, I learned that my apartment is home to far more than two girls and two dogs- it’s also home to thousands of microbes, doing many different things.

The event featured Rob Dunn, a professor of applied ecology at NC State and the author of “Never Home Alone,” who presented some of the findings of his research into the biology of homes. The presentation was followed by a gala where scientists from across the country displayed their findings from similar research. 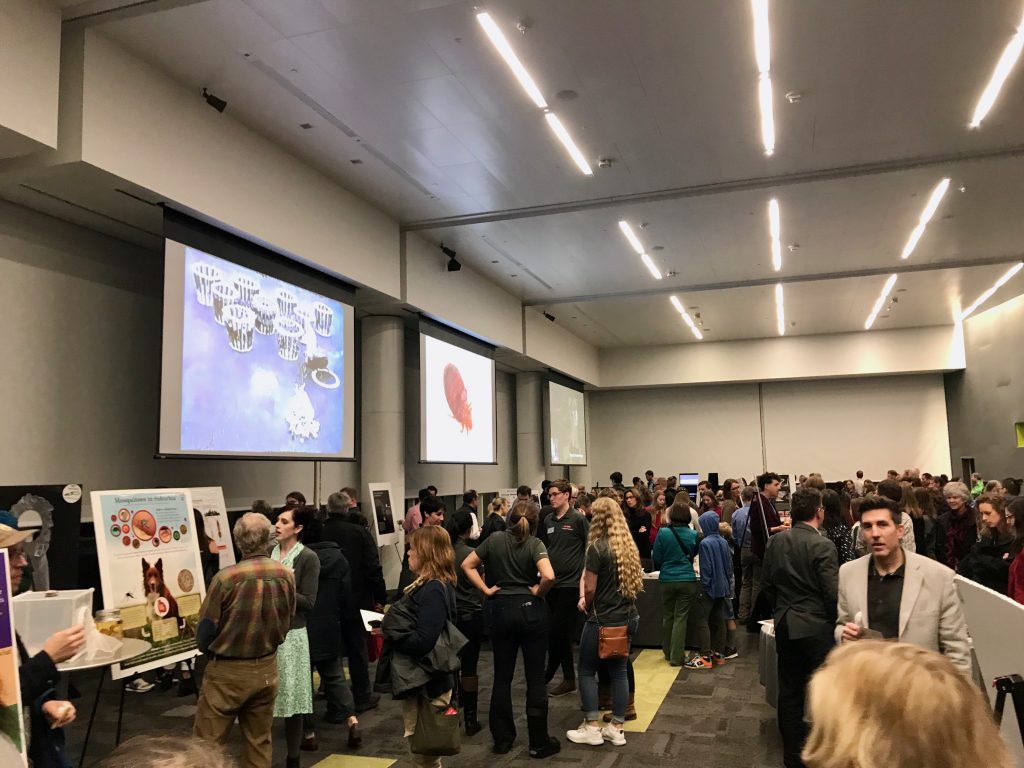 The gala was packed with people learning more about micro-environments and sampling foods and drinks like bread, yogurt, cheese, and beer.

During his presentation, Dunn explored the necessity of studying the micro-environments of the indoors. He explained that humans spend 80 to 90% of their times indoors, making the biology of those places relevant.

He recalled a study done in which houses across the country were swabbed for arthropods and microbes. More types of fungi were found in these houses than there were named fungi in America, along with tens of thousands of types of bacteria.

Of the arthropods, one of the most notable was the cave cricket- a species that had evolved in dark, desolate caves, surviving on difficult-to-digest, low nutrition foods. They eventually migrated into households across America. Dunn said that the digestive enzymes of these crickets are being studied to see if they are also able to break down hard-to-process industrial waste, such as black liquor, a byproduct of the paper industry. 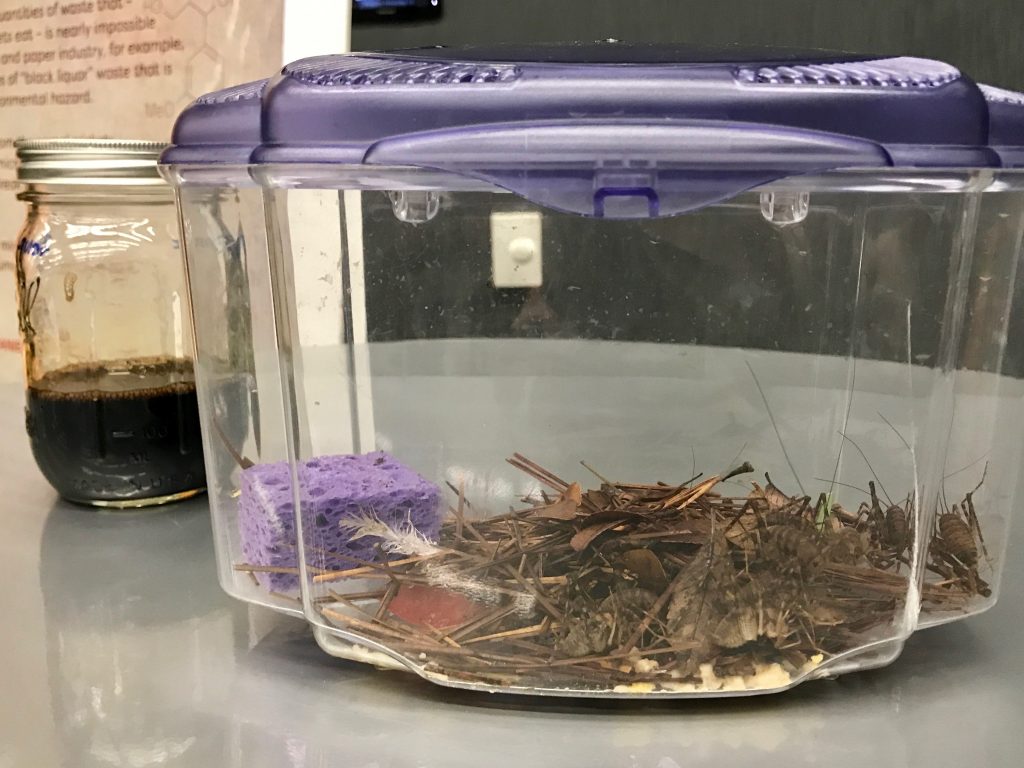 The cave crickets (center) and the black liquor (left).

Dunn also said (much to my displeasure) that the micro-environments of toilet seats and pillowcases are incredibly similar. Additionally, the biggest factor in the variation of microbes in homes was the presence or absence of a dog. 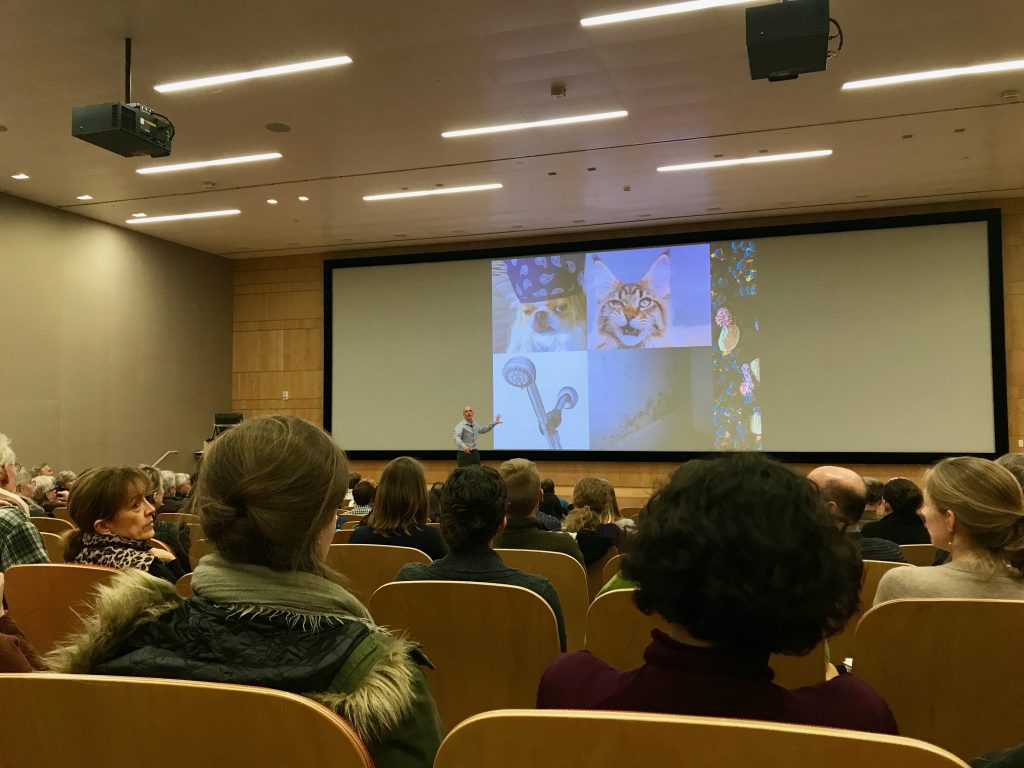 One of my favorite parts was when Dunn told the story of Herman, a 120 year-old sourdough starter, to explain how biology affects our everyday lives. Herman had survived time, earthquakes, and a few refrigerator deep-cleans thanks to copies of the starter stored with friends and family.

“The biology of our daily lives involves our family, friends, and relationships,” said Dunn. 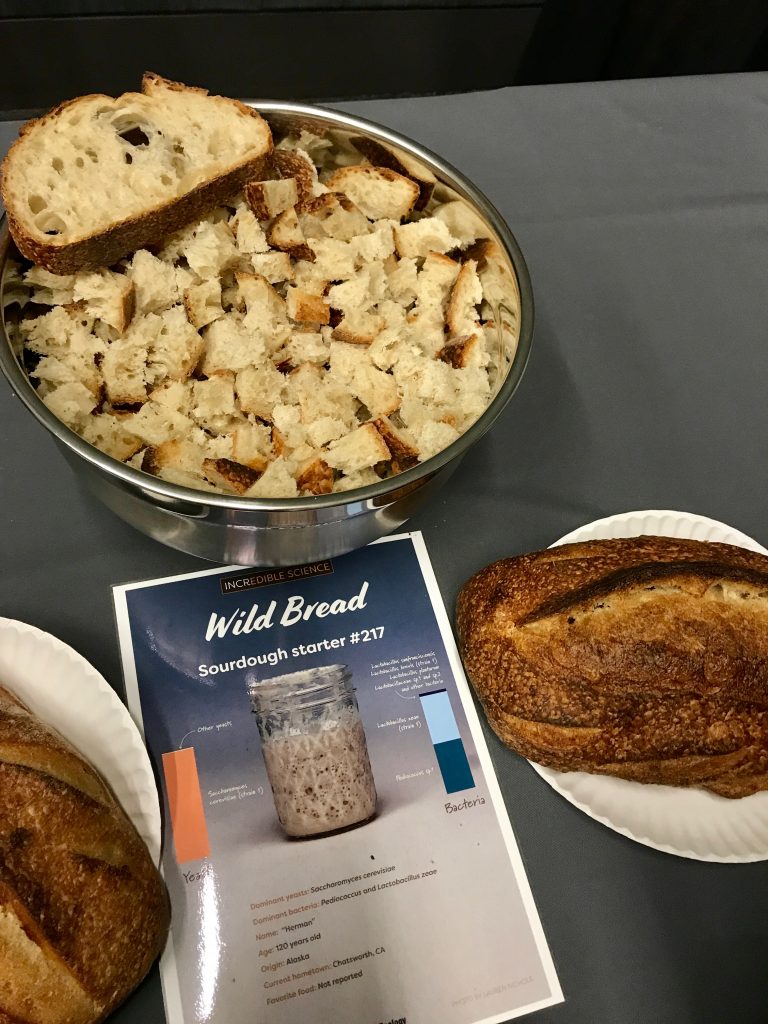 I was able to sample bread made with Herman at the gala. It was delicious!

At the gala after the presentation, there was a lot to see (and taste). Many of the research presentations involved foods and drinks and how microbes influenced them, and there many available for sampling. My favorite food I sampled was a yogurt cookie, and the yogurt had been made with bacteria taken from a human mouth. 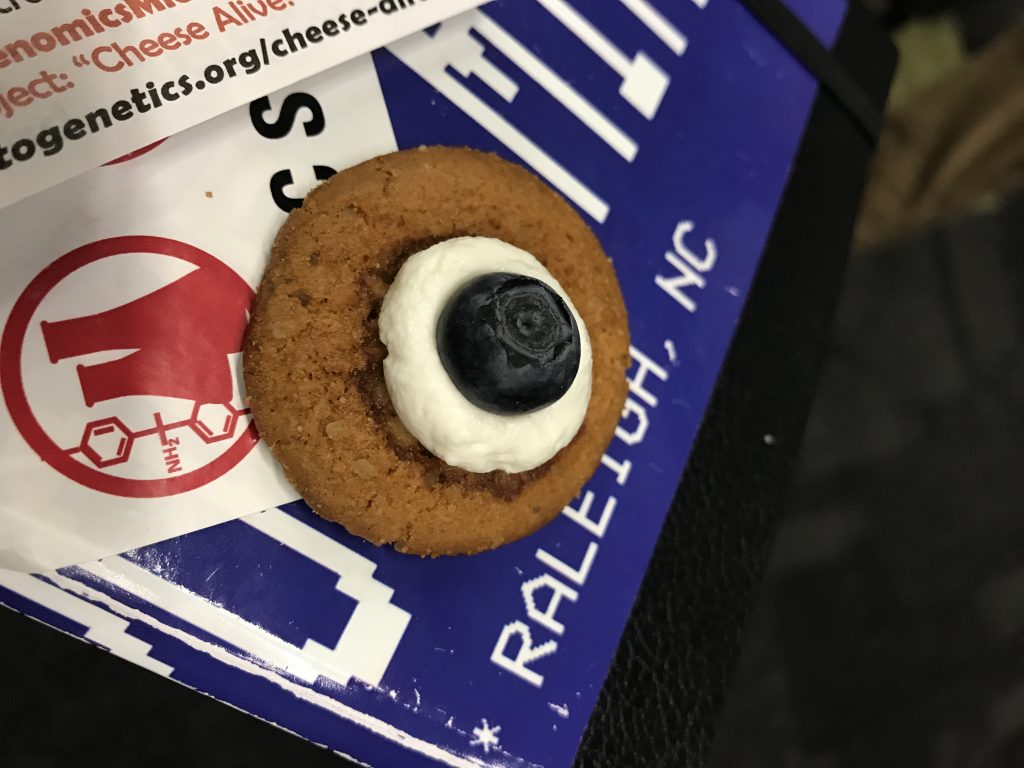 The yogurt on a ginger cookie, topped with a blueberry.

Never Home Alone was a fascinating way to spend a Thursday night. And even better, I was able to come away from it with the knowledge that biology is relevant to my own life and home and a desire to want to know more about it.