Leadership in Public Science cluster member Madhusudan Katti describes his podcast “Science: A Candle In The Dark” as his attempt to bring science into the public conversation. The podcast seeks to facilitate casual conversations between scientists about topics like biodiversity in rainforests, the end of the universe, and planetary magnetic fields, just to name a few.

“The most interesting conversations I’ve had with scientists have been informal ones,” says Katti, and he hopes to replicate this in his podcast. 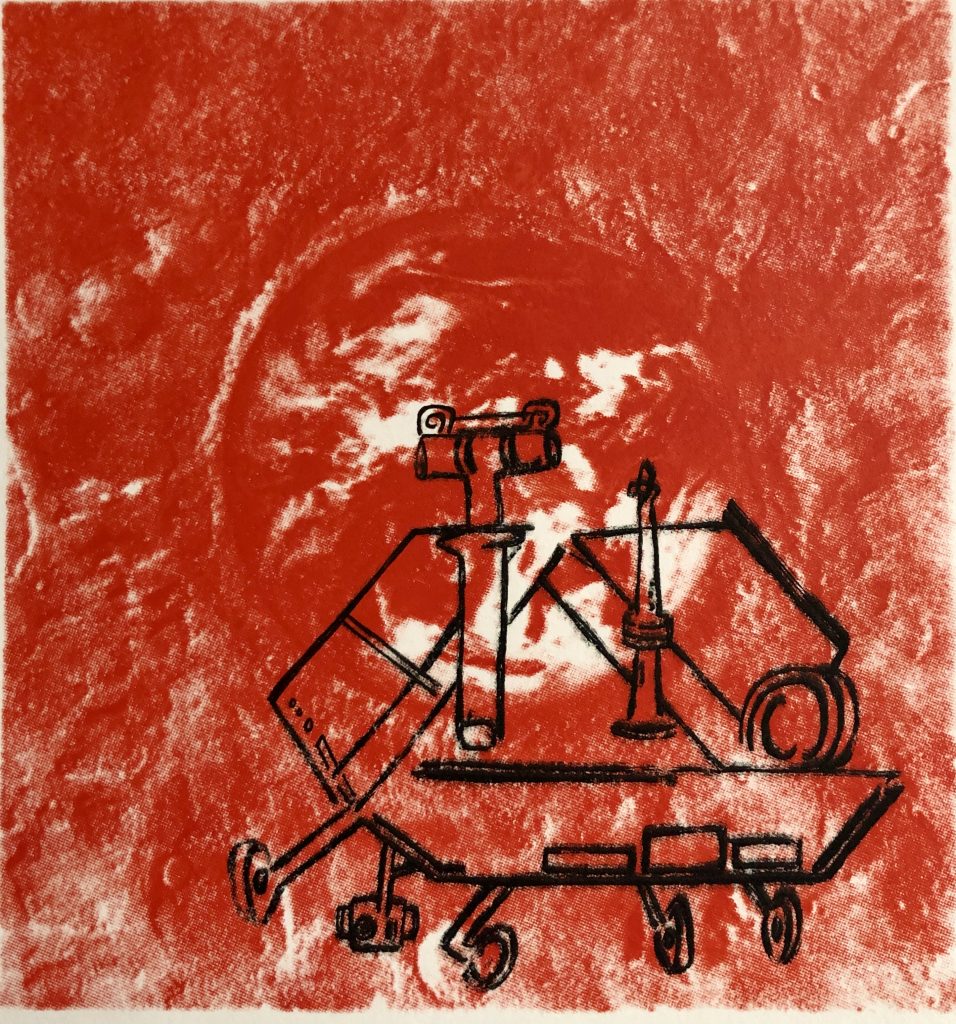 A piece of art commissioned for the podcast by Sanzari Aranyak, commemorating the end of the first Mars Rover mission.

“Science: A Candle In The Dark” was originally a monthly half-hour radio segment produced for KFCF 88.1 in Fresno, California. The original radio show is still broadcast in California, and Katti hopes to upload those segments one day. However, the podcast has undergone a reboot at NC State after a two-year hiatus.

Katti hopes the podcast can provide a scientific conversation “more focused on a longer view of scientific research,” as well as make the conversation more relevant to the wider public.

“I want [the podcast] to have conversations that people can revisit and relearn something,” says Katti.

“Science: A Candle In The Dark” has also looked at issues of diversity and inclusion in science, and Katti says one of the most exciting episodes to produce was an episode on sexual harassment in early 2016. The episode featured Congresswoman Jackie Speier and a panel of six female scientists who discussed sexual harassment in academic culture.

Looking forward, Katti hopes to bring Chris Smith, the organizer of the Science Cafe at the North Carolina Museum of Science, on to the show next to discuss his work, as well as cluster member Dr. Caren Cooper, to discuss her involvement in the upcoming Citizen Science Conference. He also wants to get the student community involved by finding students to present science news at the beginning of the podcast.

In creating the podcast, Katti has never been driven by wanting to become a successful content producer. In fact, he sees “Science: A Candle In The Dark” as just as much of a program to educate himself as it is to educate the public.

“I want to learn about everything,” he says with a laugh, “and this is the way I can do it.”