The Gregg Museum’s new exhibit “Explorations- Science Sculptures” features a series of sculptures expertly crafted by artist Christina Weisner, a professor at the College of the Albemarle in Elizabeth City. The exhibit is Weisner’s reinterpretation of scientific objects and explores subjects like geological time versus human time and form versus function. 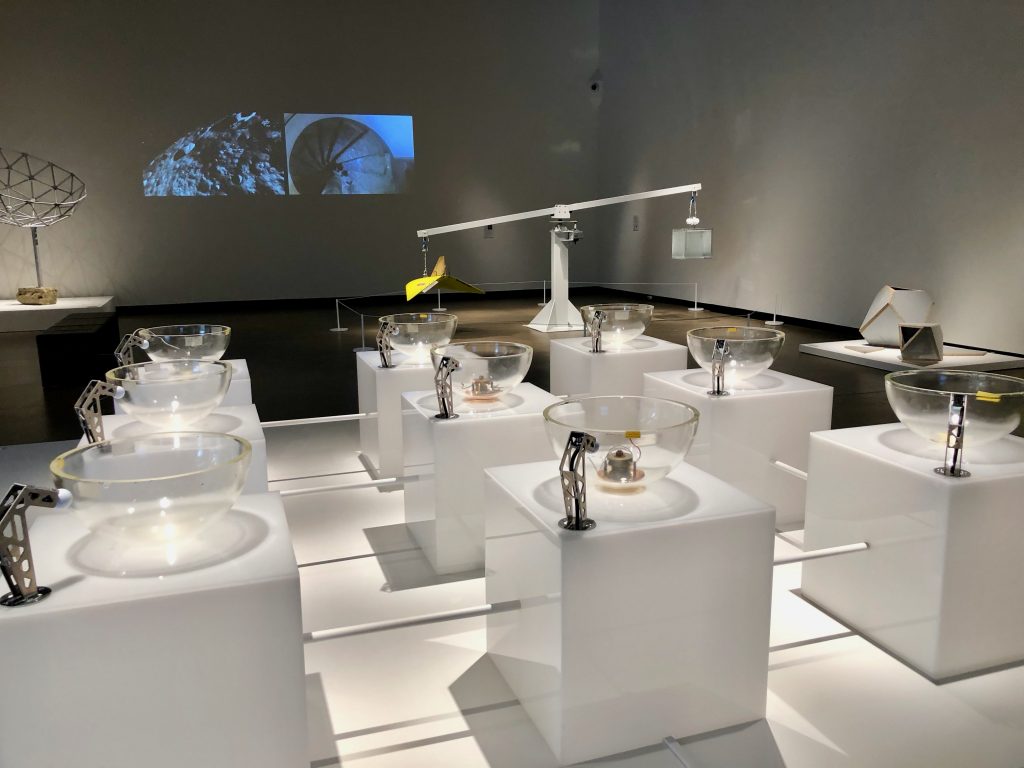 “Ocean Bottom Seismometers,” and “Untitled” in the background.

Evelyn McCauley, the marketing and communications coordinator of the Gregg Museum, says that Weisner is “deeply involved in the backstory of all she finds.” This is demonstrated in the work of Ocean Bottom Seismometers, which repurposes glass bowls formerly used as protective covers for ocean seismometers. The bowls are now turned around and attached to an electronic arm with a golf ball on the end of it, which hits the bowl when an earthquake somewhere around the world is detected. One of the bowls even has a working seismometer in it, which detects floor movements from people in the gallery.

“It encourages viewers to make a direct comparison of their movements in and around the sculpture with the movement of the earth,” says artist Christina Weisner. 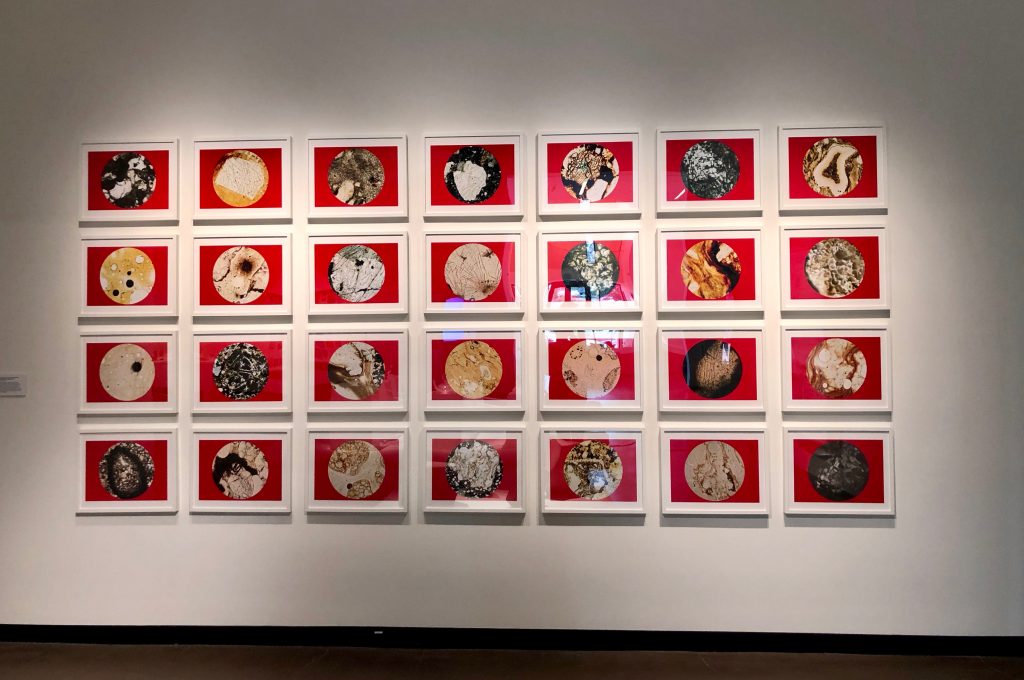 A number of her pieces also explore the Ries crater, a major meteorite that hit the southern German town of Nördlingen 14.4 million years ago. Shock Metamorphism features 24 detailed photographs of microscopic sections of rock samples from where the meteorite landed. McCauley’s favorite piece is Untitled, a video loop which pairs footage of the asteroid Vesta alongside a staircase from a church in Nördlingen, which was built with stones from the geological remains of the meteorite that hit millions of years ago.

McCauley is excited “Explorations” is in Raleigh, as it combines art and creativity with math and science “in a way that NC State really gets… there’s a heavy engineering focus to the way [Weisner] creates.”

Weisner will be giving an artist’s talk on Thursday, February 28th, at 6pm that will explore her exhibit in greater detail. “Explorations- Science Sculptures” will be at the Gregg until July 28th and is free and open to the public.