The North Carolina Museum of Natural Sciences’ Daily Planet Cafe was filled with science enthusiasts of all ages last Thursday night, ready to hear about the aye-aye, a rare type of lemurs with a newly discovered sixth thumb. The aye-aye is native to Madagascar, known for its long spindly middle finger that it uses to dig insects out of tight places. 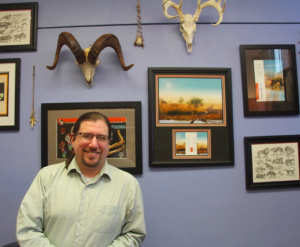 who loves to study lemurs, discovered the aye-aye’s extra digit while analyzing the aye-ayes forearms in his lab.

Hartstone-Rose has been around science his entire life. When he was a baby, his father would walk him around the NYC Museum of Natural History to help him fall asleep. “The museum was really a magical place for me,” Hartstone-Rose said. When he was a teenager, Hartstone-Rose began working at Maxilla & Mandible, an eclectic history and science store in New York City that has created many exhibits and skeleton displays found in museums. “I would see really smart people talking about life, science, whatever was going on,” Hartstone-Rose said. “I was like fifteen, hanging around in the background like a fly on the wall with the most famous people in the field.”

As a budding scientist with an interest in lemurs, Hartstone-Rose dreamt of getting himself to Madagascar to study lemurs in their natural habitat. He found an organization called Earthwatch, with a trip to Madagascar led by a scientist specializing in studying lemurs, Pat Wright. Hartstone-Rose recalls writing several letters to Wright, asking her to let him go on the trip, even though he was a year younger than the minimum age requirement of sixteen.

Hartstone-Rose explained the program as, “kind of like ecotourism with a scientific angle.” During his time in Madagascar, Hartstone-Rose was assigned a lemur named Blue Purple to study. Blue Purple was still relatively young, but old enough to have left his mother. “Blue Purple would often just shoot off like two kilometers and then come back,” Hartstone-Rose said, shaking his head with a laugh. “I was the youngest, so I got put with this lemur that kept doing this annoying thing.” 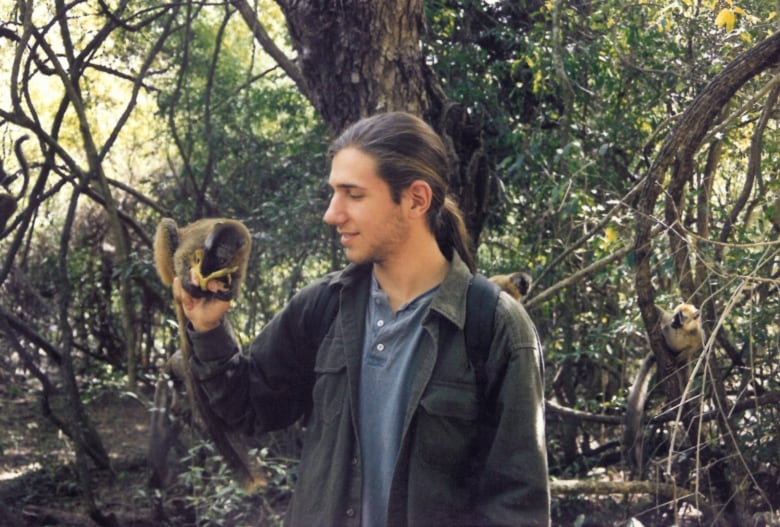 During one of his trips to Madagascar as a teenager, Hartstone-Rose met a scientist named Elwyn Simons. He later ended up working for Simons at the Duke Lemur Center while he was an undergraduate student at Duke University. Hartstone-Rose recalled an interesting experience that he had during his time working with the famous paleontologist. One night, Simons offered to give Hartstone-Rose a ride from the Lemur Center back to campus. Hartstone-Rose started feeling suspicious once they had been on the road for twenty minutes since Duke’s campus was only a ten-minute drive away. Eventually, they pulled into the Home Depot parking lot. Hartstone-Rose found himself dressed in professional work clothing, following the paleontologist around inside Home Depot with a shopping cart full of mulch. After purchasing the mulch, they headed to Simon’s house. Hartstone-Rose and Simons went around his yard with a wheelbarrow and put mulch on his plants and succulents. His visit to his professor’s home was made complete with a ham sandwich made by Simon’s wife. “It wasn’t until later that night that I sat there and realized that that was how Elwyn Simons was trying to recruit me,” said Hartstone-Rose with a chuckle.

Over his many years as a biologist and anatomist, Hartstone-Rose had always felt curiosity about studying the aye-aye. “It’s a really exciting species that most scientists grin and smile at, but try to avoid,” said Hartstone-Rose. Due to a tragedy at the Duke Lemur Center, where four of their thirteen captive aye-ayes passed away due to mysterious causes, an opportunity opened up for Hartstone-Rose to study their bodies. This loss was especially significant because aye-ayes are a rare species, and there are only about 50 of them left in captivity. The discovery of the aye-ayes’ tiny sixth thumb was unintentional–it was discovered while Hartstone-Rose and his team were studying the aye-ayes forearm.

Additionally, Hartstone-Rose has contributed to interesting work on the anatomy of animals outside of lemurs too. He was recently a co-author of a study about how dogs evolved “puppy dog eyes,” in order to create a nurturing response in humans.

Reflecting on his life filled with scientific adventure and discovery, Hartstone-Rose wants to communicate his passion for science to the public and to provide similar experiences for his students at NC State. Over the years, he has led student trips to South Africa, Spain, and Madagascar, and will be leading some trips to Paris in the future.  “I want to create opportunities where students can learn about all sorts of cool stuff,” says Hartstone-Rose. “I have a story of privilege, and the only way I can live with myself is to pass that forward.”